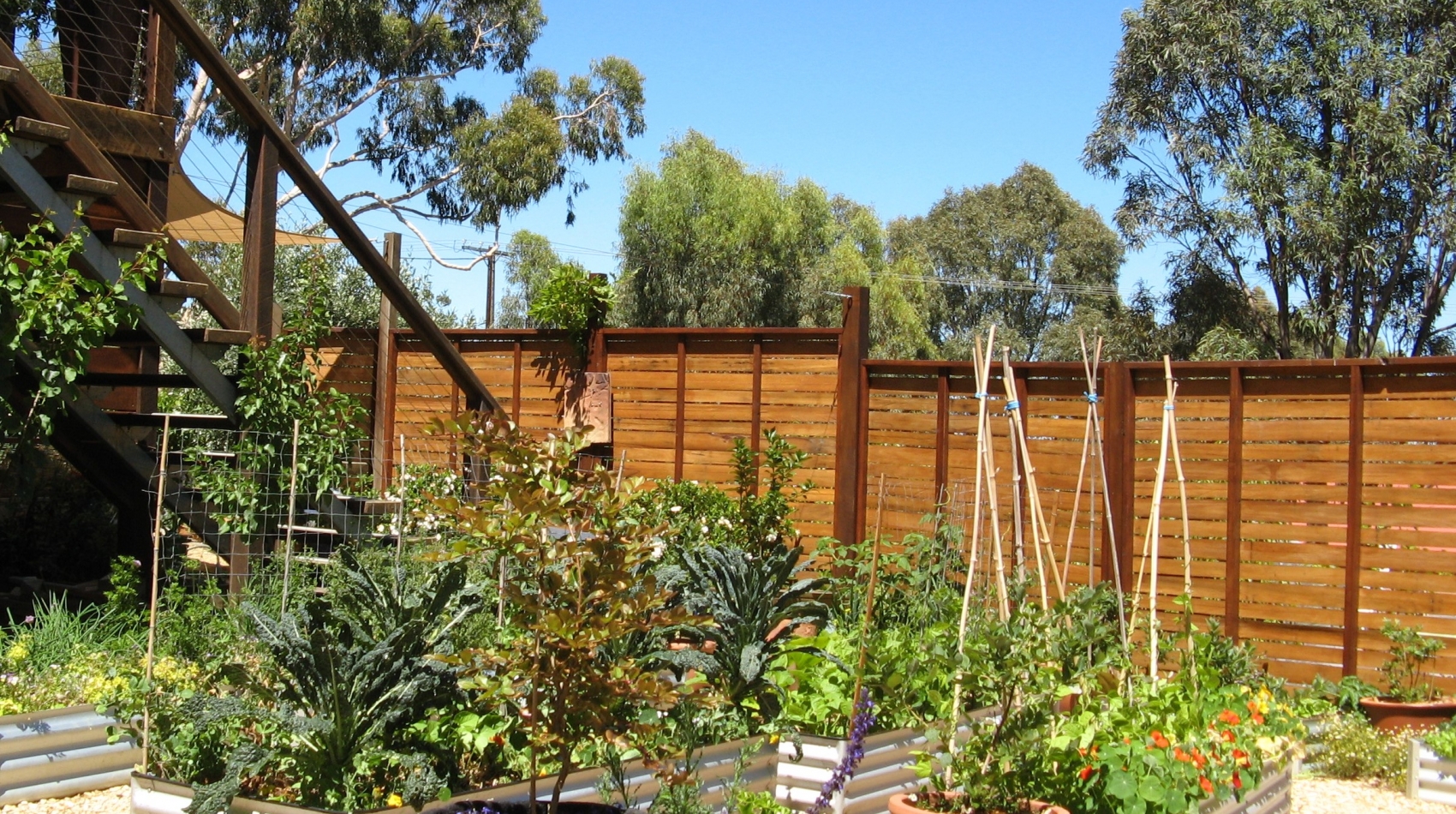 When we bought it our block of land it consisted of 2 olive trees and a paddock of couch, kikuyu, soursobs and assorted annual grasses. We moved one olive tree which died but the other one is now incorporated into the garden.

We don’t want to use chemical weed-killers, so we solarised the grasses with black plastic leftover from the build and then covered them with cardboard or newspaper topped with a thick layer of pea straw.

On the north side of the house, where we planned to have most of our veggie gardens, we levelled the slope into 3 terraces. This process scraped off most of the grasses and using the area for storing building materials and builders parking killed off the rest!

Because our soil is heavy alkaline clay containing huge amounts of rocks (now used in our retaining walls), we decided to mainly use raised garden beds made from either Ecowood sleepers or zincalume.

We did not want to use Permapine because of the arsenic preservative which leaches into the soil. Other timber alternatives were recycled timber, which we decided was too difficult to source, manufactured cypress beds, which were too expensive for us, or Ecowood sleepers which are preserved with recycled copper and a synthetic biocide.

We decided to use Ecowood sleepers for fruit tree beds because we are still concerned about chemicals affecting our plants. We chose zincalume raised beds for our veggies and herbs because we think that there is less danger of chemical-leaching. Also they were more affordable as on-sale items and although metal has a higher embodied energy than timber it is easily recycled.

All the raised beds are working well and we have been enjoying broccoli, kale, spinach, silverbeet, lettuce, snowpeas, bok choy, spring onions, strawberries and rhubarb over winter and spring. 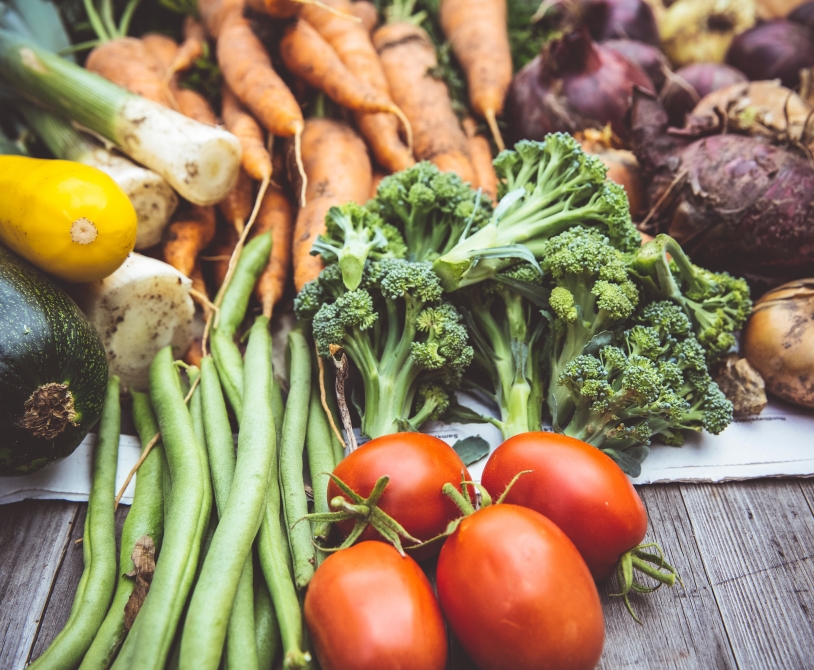 Gardening in the Time of Covid 19 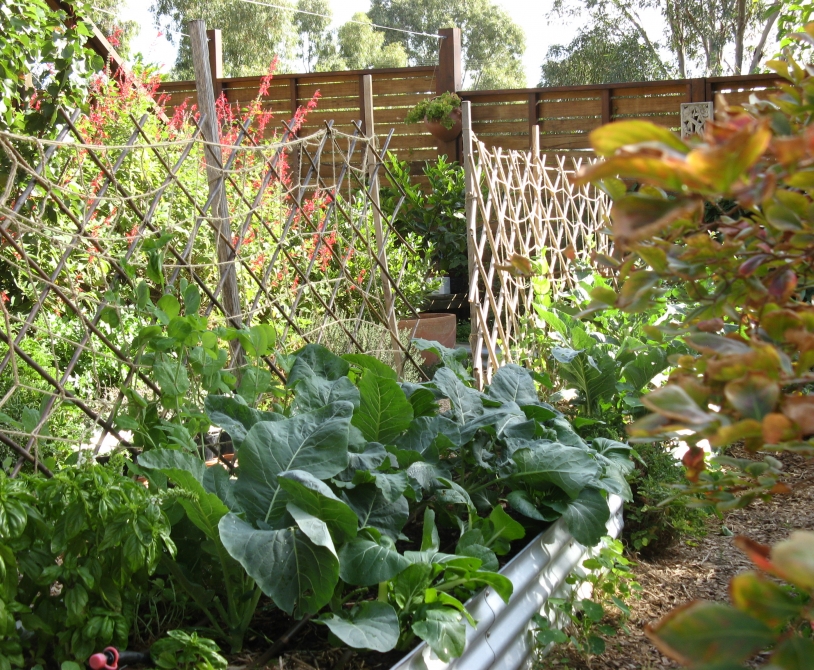